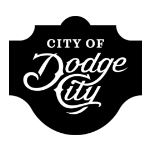 You must decide upon and enter a plea to the charge against you on or before the appearance date on your citation. If you signed a citation in front of an officer, you did not plead guilty, but only signed a promise to appear in Court on your appearance date. There are three possible pleas to a complaint:

Your decision on what plea to enter is the most important decision you will have to make. We suggest that you read the following explanations of all three pleas before entering your plea.

Plea of Not Guilty

A plea of not guilty means that you are informing the Court that you deny guilt and that the City must prove its charges against you. If you plead not guilty, you will need to decide whether to employ an attorney to represent you at trial. You may defend yourself, but no one else except an attorney may represent you. However, if you are a minor (under 18 years of age), one of your parents should be present. If you defend yourself, please consult the following sections of this brochure regarding the trail procedure and the manner of presenting your case. Under our American system of justice, all persons are presumed to be innocent until proven guilty "beyond a reasonable doubt" before a verdict of guilty can be reached.